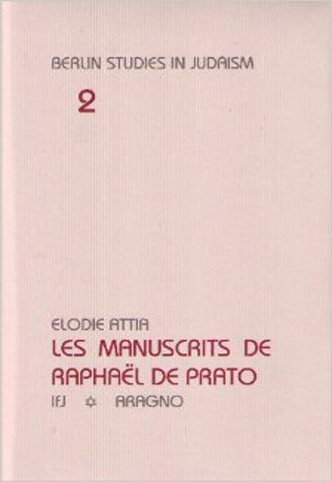 The corpus of manuscripts studied in this book is a unique testimony to the past, since it represents a private Italian Jewish library of the first half of the 16th century, not simply as a list of books, as is often the case, but as a group of real objects, which all belonged to the same person. Elodie Attia takes into account a group of 23 Hebrew manuscripts, all of them copied by the till now almost forgotten scholar Rafael Shelomoh ben Ya’aqov ha-Cohen of Prato, who was active in Northern and Central Italy between 1525 and 1541.