THE BOOK OF PUNCTUATION


edited by Annett Martini; with a Foreword byi Giulio Busi 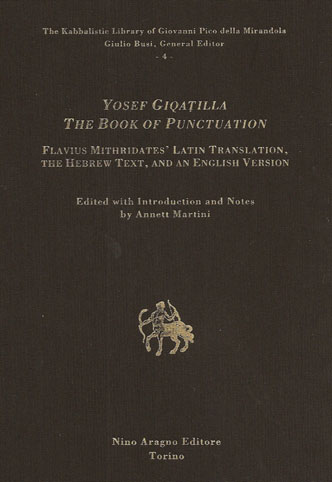 The Book of Punctuation was written by Yosef Giqatilla (1248-c. 1325) in his early philosophical-kabbalistic period. The exact date of origin of this short treatise, however, cannot be established with certainty. The text focuses first of all on Hebrew vowels, which are fundamental elements in Giqatilla’s theory of creation. The author integrates the vowels in a complex system, assigning a specific task to each of them with respect to the cosmos and to creation, according to their respective grammatical functions. The book, which is inspired both by medieval cosmology and by the philosophy of Maimonides, reveals a unique concept of linguistic mysticism.